In 1960's San Francisco, bright and talented Catholic school girl Celina Guerrera (Once Upon A Time in Hollywood's Lorenza Izzo) survives a difficult home life by following the rules. That is, until an indiscretion creates a series of devastating consequences. As Celina faces the compounded obstacles of being young and alone, she sets out to rise above the oppression of poverty and invest in a future that sets new precedents for the time. The film is inspired by real women and the Janis Joplin song of the same title. 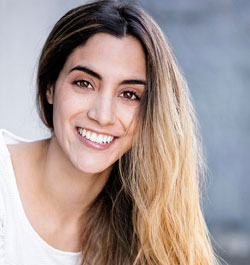 Lissette Feliciano is a writer, director, producer and a graduate of Tisch School of the Arts. She is a Tribeca Film Institute AT&T Untold Stories grant recipient, she was named as one of Shoot Magazine's new directors to watch, and she has served as an ambassador for The Wraps Power Women Summit. Her production company, Look at the Moon Pictures, develops original content that shines a hero's lens on underrepresented groups, joining the ranks of creators filling the market gap in storytelling for a new young multicultural audience. Under Lissette's leadership, Look at the Moon Pictures was among the first production companies to mandate 50% BIPOC representation across leadership positions on and off-camera–a metric they are proud to consistently achieve. An avid supporter of young women’s education, she sits on several committees for an all-girls high school serving low-income students in her hometown of the Mission District of San Francisco.