Peace between Leo and his grieving father is disrupted when the young boy finds a butterfly that he believes to be his deceased mother.

A young boy discovers a butterfly that he believes to be the reincarnation of his deceased mother. Carrying her around in a glass jar, his discovery disturbs the peace between him and his grieving father. Soon, the boy will be forced to grow up too soon and let go of his mother in order to keep his emotionally devastated father from further pain. 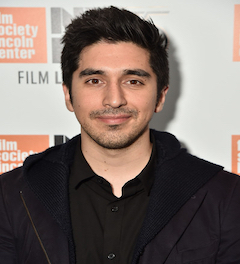 Juan Pablo Arias Muñoz is a Chilean director and screenwriter, Fulbright Scholarship Award recipient, and HBOAccess Directing Fellow. He graduated with a Master of Fine Arts from the AFI Conservatory in Los Angeles, California and obtained a Bachelor of Social Communication and Audiovisual Directing from the Pontifical Catholic University of Chile. His award-winning work has been exhibited at dozens of film festivals around the world including the New York Film Festival, Stockholm International Film Festival, Seattle International Film Festival and SITGES Fantastic Film Festival. He's currently developing feature films and TV series for the United States and Latin America.