Trust between married trapeze artists is threatened before the most important performance of their career.

It's opening night at the Great Circus of Lima, Peru. Abril, a trapeze flyer married to her catcher partner, André, prepares to jump 46 feet into the air and into his arms. In a sudden change of events their relationship, their career, and their lives comes into question when trust is lost. 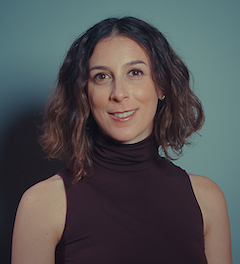 Thais Drassinower is a Peruvian writer-director based in Los Angeles. She holds an MFA in Film Directing from Columbia University and she is a BAFTA Newcomer Fellow.

Her first short film "Memories of the Sea" was an official selection at various international film festivals including Palm Springs Shortfest and Aspen Shortsfest. Her second short "Baby" was a semifinalist for the 45th Student Academy Awards. It was awarded the "Adrienne Shelly Foundation Award for Best Female Director and it has screened at various international film festivals receiving accolades such as the Audience Award at NALIP's Latino Media Fest.

Her third short "The Catch" is the winner of the Peruvian Ministry of Culture Award and was nominated for "Best Student Short" at Tribeca Film Festival.