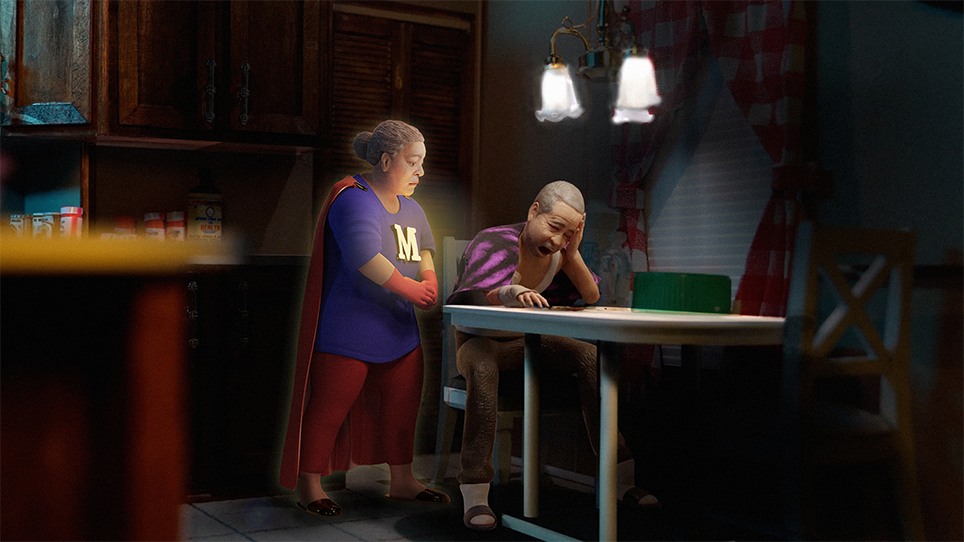 THE ANIMATED SHORTS PROGRAM INCLUDES CANICAS, CHILLY AND MILLY, THE GIRL BEHIND THE MIRROR, IT WAS RAINING, IT RAINS, REPARATIONS, SOMETHING IN THE GARDEN, TAMGÚ, UNINHABITED,WE ARE HERE AND THE WEIGHT OF IT

An animated documentary about a devoted caretaker, her chronically ill husband, and the power of undying love.

11 years after filming a documentary about his family, William returns home to revisit scenes from his documentary with his parents, Chilly and Milly. Chilly, William's father, is a diabetic with kidney failure whose illness detrimentally affects the lives of him and his family. Milly, William's mother, is the matriarchal caretaker of the family.

When Chilly passes during the pandemic, William and Milly must come to terms with their loss. With Chilly's passing, Milly is tasked with finding a new purpose in life. 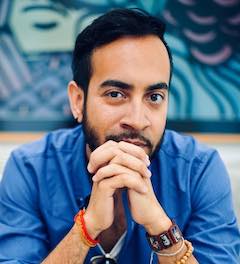 William D. Caballero is a Los Angeles-based filmmaker, multimedia storyteller, 2018 Guggenheim Fellow, and 2021 Creative Capital Award recipient. Born in Coney Island, New York and raised in Fayetteville, North Carolina, Caballero obtained the Gates Millennium Scholarship in 2001, and returned to New York City where he graduated from Pratt Institute (BFA Digital Art, 2006, Minor in Art History ) and New York University (MA The Arts and Humanities in Education, 2008). Caballero's directorial films have debuted at the 2017 and 2022 Sundance Film Festival, 2013 Slamdance Film Festival, the Museum of Modern Art, and on major networks, such as HBO, PBS, Univision, and World Channel. He aims to empower all creatives to tell their own stories in their own unique voice.