Directed by Shirley Yumeng He

Échale Ganas: The Villa's Tacos Story is a documentary that highlights the faith and perseverance of community leader Victor Villa and his tight-knit immigrant family in Los Angeles.

As Los Angeles reels from the hardships of the pandemic, Victor must persevere to keep his street taco business afloat, while dreaming of building his own restaurant in the neighborhood and further embracing his role as a pillar of his community in the historic Latino neighborhood of Highland Park.

In Spanish, "Échale Ganas" roughly translates to giving it your all and never giving up. To the Villa family, this shared determination connects them to their past, by honoring the sacrifices their ancestors made to immigrate to the United States, and instilling determination in a new generation of family members. Victor embarks on a journey to stand out in the diverse and competitive taco scene of L.A., where he embraces his identity as a first-generation Latino with ancestral roots in Michoacán, Mexico, establishing the first L.A. Style, "Estilo-L.A." taco. 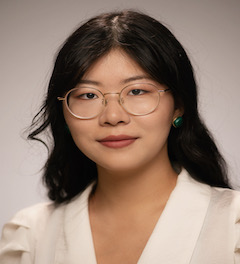 Yumeng (Shirley) He is a visual ethnographer and documentary filmmaker based in Los Angeles. Shirley grew up in Beijing, China, and holds an M.A. in Visual Anthropology from the University of Southern California. She is selected for the 2021 BAFTA Newcomers Program.

Her passion for fictional media and experience working at the Oral History Project as an AMPAS alumna inspired her to explore multimodal forms of storytelling including poetry, oral history, animation, and a self-reflexive essay film, blurring the line between fiction and documentary.