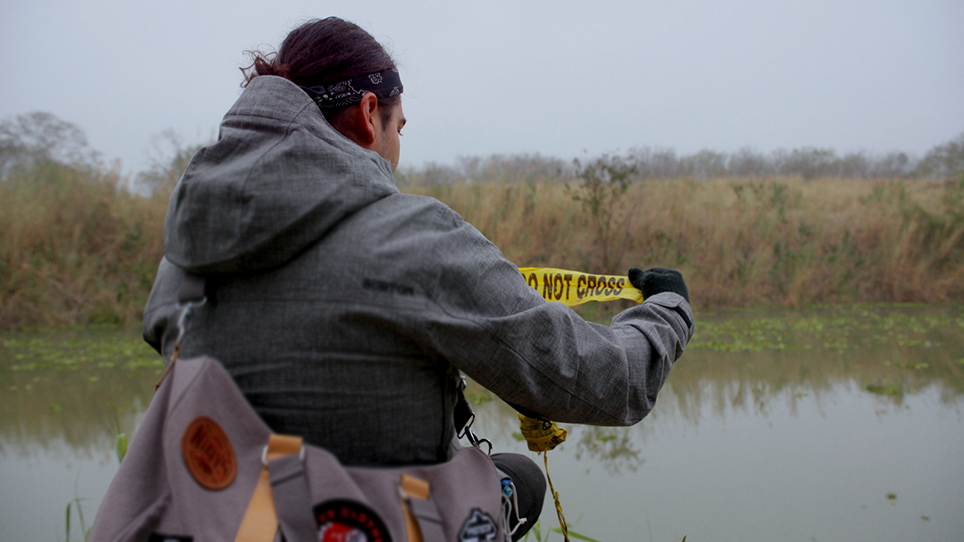 A Salvadoran American father journeys through unrecognizable, unceded lands in the border regions between the U.S. and Mexico in search of the place where Óscar Alberto Martínez Ramírez and his young daughter Angie Valeria drowned.

A first-generation, Salvadoran American father films a letter to his daughter as he travels along the southern border through unceded lands in search of a place that haunts him–the banks of the Rio Grande where a Óscar Alberto Martinez Ramirez, a Salvadoran migrant and his young daughter Angie Valeria drowned. Along the way he contemplates land ownership, migration, grief and guilt as a Mestizo son of immigrants born on the "free" side of an arbitrary line. 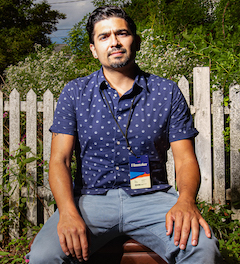 Jon Ayon is a Mestizo (Comcáac Ópata/Pipil/Xicano/Salvadoreño) filmmaker from L.A. He began his career directing music videos for punk & indie bands in the Pacific Northwest. In 2011, he made Oakland home and earned a B.A. from San Francisco State University's School of Cinema and an MFA in Documentary from Stanford University. His work has earned him awards and recognition from Francis Ford and Roman Coppola, The Annenberg Foundation, SFFILM, NewFilmmakers LA, the Points North Institute, and the International Documentary Association. Ayon's films highlight issues pertaining to the Latinx Diaspora such as Indigeneity, colonialism, & generational trauma.