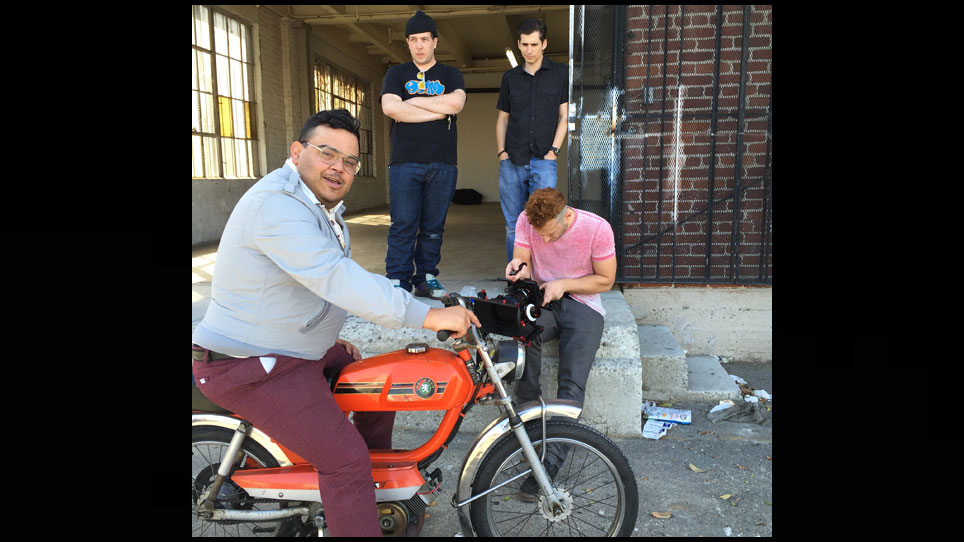 Welcome to ¡Sácalo Con Take It Easy USA! the world's first late night* internet talk show. In fact, it's also the world's lowest budget late night* talk show, the first ever three and a half minute late night* talk show, and (as far as we know) the first ever talk show of any kind hosted from a scooter. This pilot episode features the World's Shortest Interview with special guest Jake Matthews (Legends, Wisdom of the Crowd) as well as a sketch featuring Jake and this week's honorary P.A., Brad Einstein (Chicago Fire, Shameless). Let's make it happening! 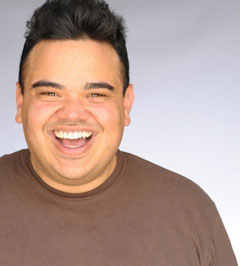 Luis Jimenez is a Cuban-American-born actor, writer, and director raised in Miami. Jimenez studied improv and sketch at New York City's famed UCB theater. Since moving to Los Angeles in 2010, Jimenez earned his spot in the selective CBS Diversity Showcase and he was cast as part of Tom Hanks' scooter gang in "Larry Crowne." With guest star roles on NCIS: Los Angeles, Abby's, and The Odd Couple, Jimenez's career is firmly set as a seasoned comedic actor with roots in Los Angeles.