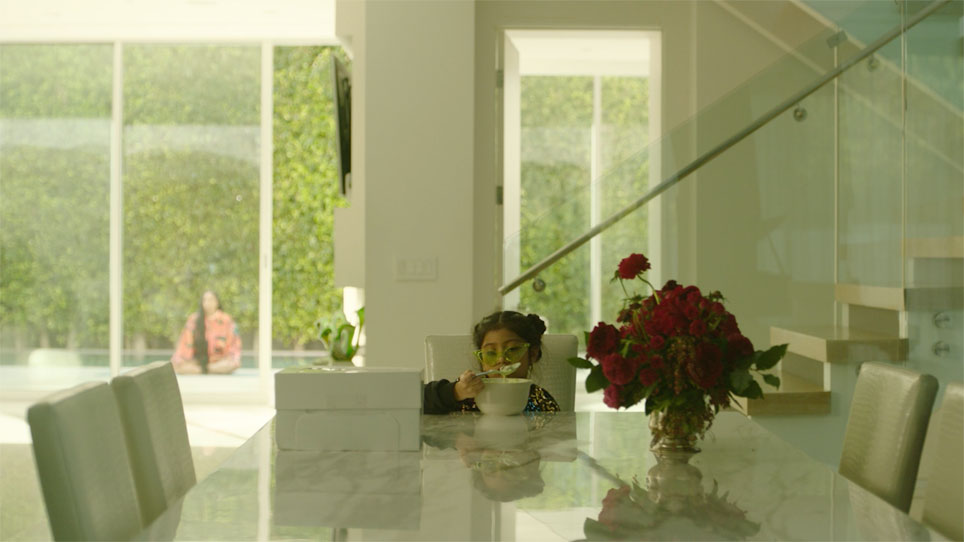 Directed by Gabriella A. Moses

A recently adopted 8-year-old refugee spends a day preparing for her first red carpet appearance with her new pop star mother when she is haunted by reminders of the life she left behind and awakened to the fragility of her new one.

ALMA, a recently adopted 8-year-old refugee from El Salvador, spends a day preparing for her first red carpet appearance at an awards show with her new pop star mother, YAHAIRA. She learns from example and mirrors a series of routines as she absorbs that perhaps to cement her place in this new like she must be "liked" in more ways than one. As she takes in her new environment, she finds herself haunted by whispers of the life she left behind and awakened to the fragility of her new one after an innocent series of actions and encounters with her newfound fans on social media doesn't go as planned. 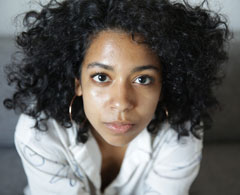 Gabriella A. Moses is a director, writer, and production designer based in Brooklyn, NY and graduate of New York University's Tisch School of the Arts. Gabriella has received support from the Sundance Institute’s Creative Producing Lab, the NYWIFT "From Script to Pre-Production" Workshop, Sundance Screenwriter's Intensive, Tribeca Film Institute All Access Lab, Los Cabos, Gabriel Figueroa Film Fund program, Tribeca x Chanel Through Her Lens and IFP No Borders Program. She has most won the Fresh Voices Screenwriting Competition and participated in the 2021 Black List Screenwriter’s Lab and was selected for the 2021 LALIFF x Netflix Latinx Inclusion Fellowship Program. In Winter 2021, she wrapped Principal photography on her first feature film Boca Chica with Selene Films in the Dominican Republic. She believes in sharing stories with underrepresented protagonists that test viewer’s perceptions of identity and their imaginations.