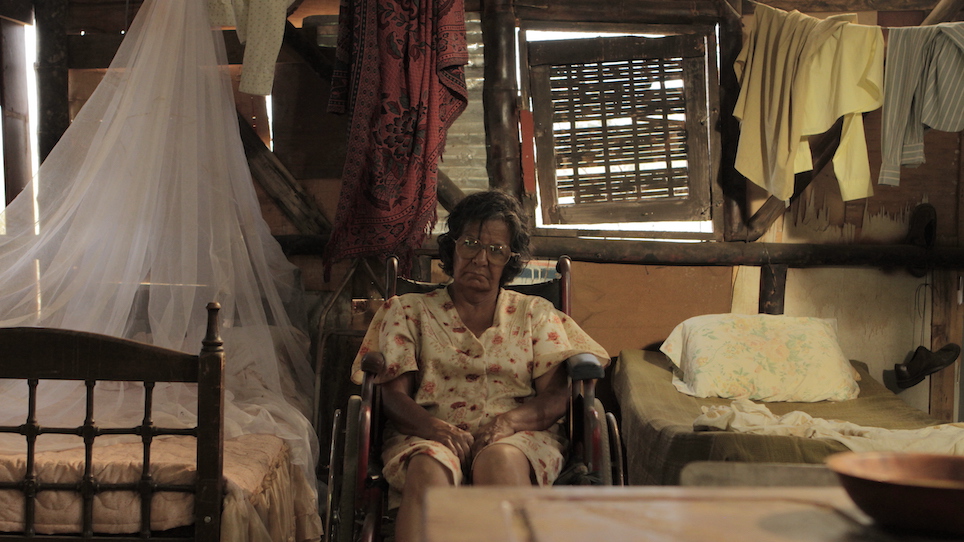 It's 2023 and a huge environmental and social crisis shakes Cali, Colombia due to water shortages as a result of months of drought and contamination of the city's main water sources. Different inhabitants go about their daily chores, businesses, and activities in the midst of a harsh and savage environment. The city has been split up into two separate zones: a privileged, cordoned-off area, where the wealthiest and most powerful people live, and a so-called dry zone that lacks tap water, and shelters the rest of the population. The dry zone, inhabited by those who laid low by the crisis, is experiencing the highest levels of overwhelming violence, unhealthy conditions, and corruption. Meanwhile, the media has announced a coming rainstorm that has citizens in an uproar.

César Augusto Acevedo:
Director of La Tierra y La Sombra, winner of the Camera d’Or at the Cannes Film Festival, co-writer of Oscar Ruiz Navia’s Los Hongos and director of the short films "Los Pasos del Agua" (Cannes Critic ́s Week) and "La Campana". He is currently in the development of his second feature film Horizonte, with which he attended the Cinéfondation Residence of the Cannes Film Festival (2018).

William Vega:
Director of La Sirga, premiered in the Directors’ Fortnight at the Cannes Film Festival and winner of more than 25 international awards. His second feature film, Sal, premiered at FICCI 2018. Director of the award-winning short films Amnesia, Simiente and Santiamén. He is currently in the development of his third feature film Calostro.

Santiago Lozano Álvarez:
Co-director of Siembra (Locarno Film Festival), Best Film at the Cinélatino Film Festival at Toulouse. Director of the documentary Silo-vé, Un Niño. In 2018 he attended the Cinéfondation Residence at the Cannes Film Festival with his project Yo Vi Tres Luces Negras.
Password for Trailer turbiatrailer2021_eng