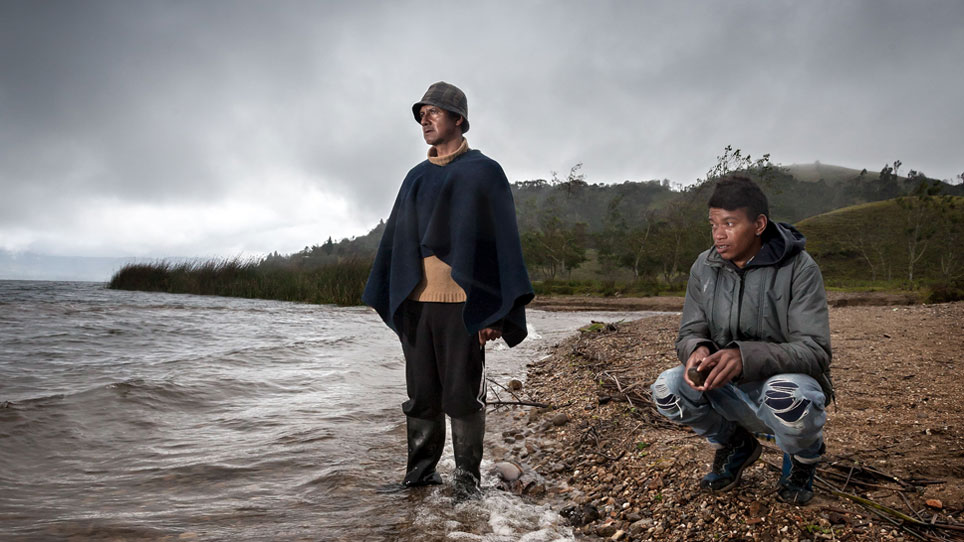 Between Fire and Water

Camilo is the adopted son of an Indigenous couple of the Quillasinga tribe. As the only Black man in his community, he has always felt different. He embarks on a spiritual journey in search of his origins. With newfound clarity, Camilo manages to accept his identity.

Camilo is the adopted son of an Indigenous couple of the Quillasinga tribe from the Cocha Lagoon in Colombia. He is the only Black person in his community, and he has always felt different. For years, he has wondered who his biological parents are. The Indigenous governor gives him ayahuasca, a sacred remedy for spiritual guidance. During this transcendent experience, Camilo has visions of his biological mother. Supported by his adoptive father, Camilo embarks on a journey to find his origins. With newfound clarity, Camilo finds his identity and understands himself as a son of two races. 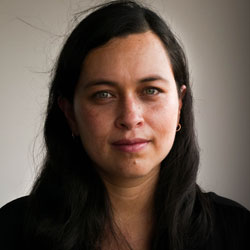 Viviana Gómez Echeverry is a Colombian director, producer and cinematographer. She studied Social Communication at the Javeriana University in Bogota, where she is a professor. In Spain, she specialized in cinematography and she achieved a master’s degree in scriptwriting. She wrote and directed two short films "Exotic Tropical" and "16th Birthday;" she co-directed and operated the camera in the Andreas Dalsgaard’s documentary, Life is Sacred, which premiered in Copenhagen Docs (produced by the two-time Oscar-nominated production company, Final Cut for Real). Her first feature film, Keyla (2017), was selected in competition at Warsaw Film Festival, Curacao International Film Festival Rotterdam, Sao Paulo Latin-American Film Festival, Ficci, among others. Viviana also worked as director of photography in several documentaries like The Eternal Night of Twelve Moons, selected for Berlin Film Festival – Generation, and Neonatal, selected for Chicago International Film Festival. For more information visit vivianage-filmmaker.com.