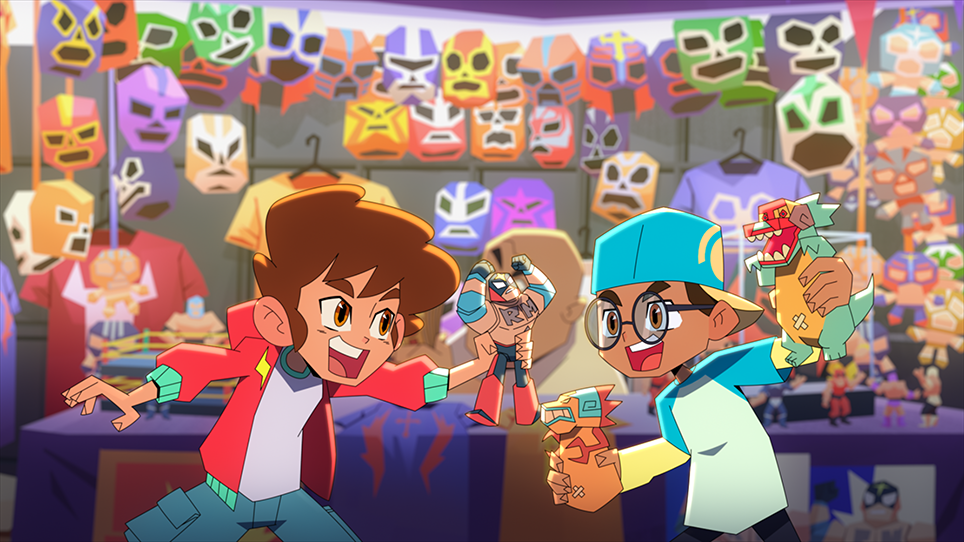 Rey Mysterio vs the Darkness

Oscar wants to watch his favorite wrestler, Rey Mysterio, fighting on the ring. However, his enthusiasm might lead him to one of Mysterio's biggest secrets. And the adventure of a lifetime.

Oscar and Leo are excited to watch Rey Mysterio on the ring. However Oscar has his mind set on getting a photo with the legendary hero.

As he sneaks into the locker rooms of the arena he discovers an amazing secret. Lucha Libre wrestlers have hidden super powers, and Rey Mysterio seems to be right in the middle of an epic battle. With no one else around to help, it's now up to Oscar to team up with his idol and fight the forces of evil. 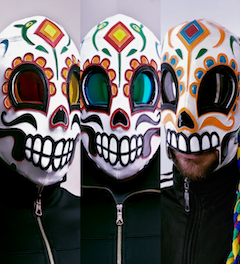 The Hermanos Calavera are surrounded by mystery. Three masked creators involved in animation projects, marketing, and content creation that first appeared in 2010. Known for their epic action, they have been rumored to collaborate with Cartoon Network, Puma, Nike, and more.